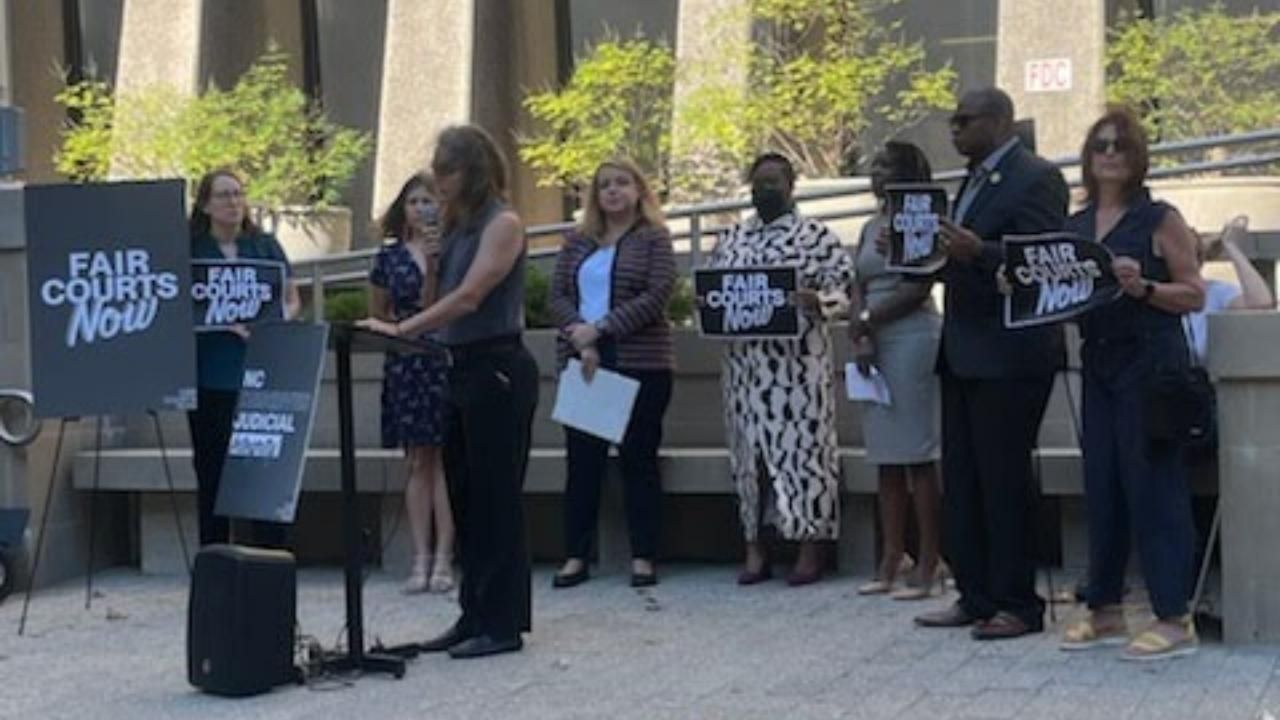 On August 23, pro-democracy groups, nonprofit and faith leaders, and legal scholars gathered to demand judicial reforms to ensure North Carolina courts are free of partisanship. Under the banner “Fair Courts NC” this coalition will be touring the state, demanding reforms to restore trust in the state courts.

Judicial integrity is crucial to ensuring equal protection for all under the law. However, over the past decade, actions by the legislature have increasingly infected our courts with politics and undermined judicial independence. Additionally, there have been repeated attempts by the legislature to rig judicial elections, gerrymander judicial districts, and even threaten judges with impeachment when they make unfavorable rulings. Supreme Court Chief Justice Paul Newby has furthered the politicization of the court. He even replaced the head of the Judicial Standards Commission, who had written guidelines discouraging current Supreme Court Justices from engaging in political activity when they are not candidates.

This summer, we saw the U.S. Supreme Court issue drastic rulings that impacted millions of lives. It’s vital that voters understand that state courts can have a similar wide-ranging impact, often being the final deciders on crucial issues that impact our everyday lives, such as voting rights, fair elections, public education, and civil liberties. Therefore, Fair Courts NC launched a public accountability campaign to inform voters about these attacks on judicial independence and propose simple, common-sense reforms to curb partisanship in our courts:

“With a nation deeply entrenched in partisan divisions, the integrity of our state courts is more imperative than ever,” said Fair Courts NC spokesperson and director of North Carolina Voters for Clean Elections, Melissa Price Kromm. “North Carolinians deserve state courts and judges that are fair, impartial, and independent.”

Fair Courts NC calls on elected leaders, candidates, and voters to sign the three-point reform plan, which can be found at faircourtsnc.com.